部分内容：
How I Came to Life
I like when Mom tells this story because it makes me laugh so much. It’s not funny in the way a joke is funny, but when Mom tells it, Via and I just start cracking up.
So when I was in my mom’s stomach, no one had any idea I would come out looking the way I look. Mom had had Via four years before, and that had been such a “walk in the park” (Mom’s expression) that there was no reason to run any special tests. About two months before I was born, the doctors realized there was something wrong with my face, but they didn’t think it was going to be bad. They told Mom and Dad I had a cleft palate and some other stuff going on. They called it “small anomalies.” There were two nurses in the delivery room the night I was born. One was very nice and sweet. The other one, Mom said, did not seem at all nice or sweet. She had very big arms and (here comes the funny part), she kept farting. Like, she’d bring Mom some ice chips, and then fart. She’d check Mom’s blood pressure, and fart. Mom says it was unbelievable because the nurse never even said excuse me! Meanwhile, Mom’s regular doctor wasn’t on duty that night, so Mom got stuck with this cranky kid doctor she and Dad nicknamed Doogie after some old TV show or something (they didn’t actually call him that to his face). But Mom says that even though everyone in the room was kind of grumpy, Dad kept making her laugh all night long.
When I came out of Mom’s stomach, she said the whole room got very quiet. Mom didn’t even get a chance to look at me because the nice nurse immediately rushed me out of the room. Dad was in such a hurry to follow her that he dropped the video camera, which broke into a million pieces. And then Mom got very upset and tried to get out of bed to see where they were going, but the farting nurse put her very big arms on Mom to keep her down in the bed. They were practically fighting, because Mom was hysterical and the farting nurse was yelling at her to stay calm, and then they both started screaming for the doctor. But guess what? He had fainted! Right on the floor! So when the farting nurse saw that he had fainted, she started pushing him….
记得下载全部去看看哦，很有趣的，孩子也需要看看~ 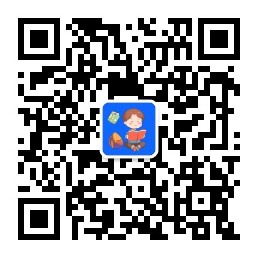